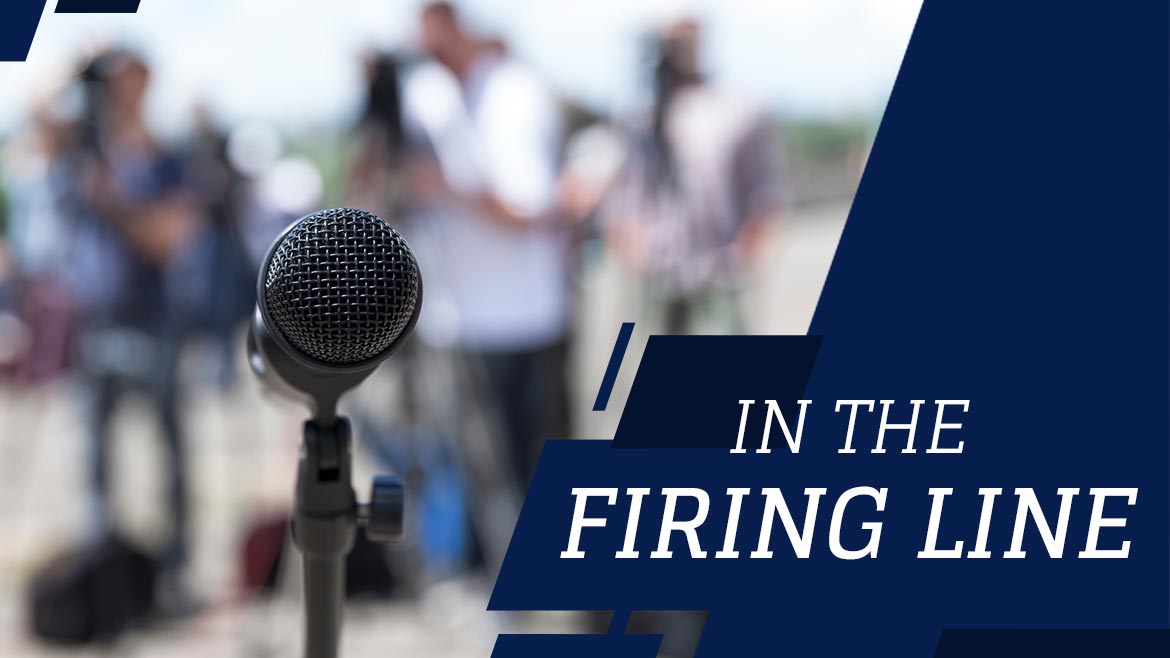 OK. So you’ve learned the basics of how to deal with the media. And you think you’re ready. The fact is – you’re not.

When last did you go through rigorous Media Skills Training? A few years ago? And was it a rather dull PowerPoint presentation with a handy guide book thrown in for good measure?

Well, I’ve Got News For You: I Will Eat You Alive!

With yet another financial service provider under the full glare of the media spotlight, it is painfully obvious – even to the uninitiated – that organisations simply cannot afford to be reactive.

We are witnessing this almost on a daily basis. Large, apparently reputable, corporations and key individuals are being placed under public scrutiny. Some may argue that they found themselves in the hot seat as a result of a series of events out of their control, while others just had it coming.

We watch television, read the news and see people being ripped to shreds by an interrogative journalist, and breathe a collective sigh of relief that it is not us having to deal with the volley of hard-hitting questions.

We must accept that the media can be a most effective tool for disseminating information, and that if managed correctly, it can yield a plethora of positive results. However, it is a very different story when reporters are sharpening their claws and planning an attack.

Make no mistake that when a crisis strikes, it’s every man for himself.

I have yet to see an individual who thinks he can swan into a television studio and sail through a grilling. When I do come across the odd overly-confident interviewee, it gives me some pleasure to take them down a notch or two.

If you think for a minute that every engagement with the media is going to be a walk in the park, rather don’t volunteer for it. I’ve seen too many egos shattered in a matter of minutes.

It’s ok to be anxious – I mean who the hell wouldn’t be? Just use those nerves to stay on your toes, to remain alert and to be in the moment. There is simply too much at stake to lose focus.

Realise too that as an industry expert, you know your stuff, and that you’re in the hot seat for a reason. But NEVER become patronising or condescending. You will get taken out.

I don’t call my Advanced Media Skills Training Programme “In the Firing Line” for nothing. If you’re lucky, you may have light, information-gathering encounters with the media. The majority are not that fortunate.

And to take Advanced Media Skills Training one step further, consider one-on-one customised Executive Coaching that is personal, practical and highly intensive to equip you to effectively prepare and learn how to come out of the experience relatively unscathed.

In the interim, for those with limited time and resources, I have prepared a few basic guidelines that may go a long way in preparing for any issue-based interaction with the media:

There is a vast difference between the local and national media. While the local media depend on us to fill their pages and screens with local human-interest stories, national journalists are a completely different ball game. They are the ones who are likely to ride roughshod over your feelings and sensitivities to get the sharpest angle and the best picture.

Good relationships with journalists mean you will be better prepared to handle the tougher interviews and ‘curved ball’ questions with more confidence.

Tip 3: Be Ready For That Call

The phone rings, and out of the blue a journalist is on the line asking you some tricky questions about your company’s activities. How would you handle it? How would you get your point across when trying to answer adversarial and aggressive questions? The reality is that your company’s reputation depends on your answers.

It is extremely daunting to speak to the media about controversial issues. However, clear thought, adequate preparation and effective use of sound communication skills will all go a long way to make the experience more palatable. Practice makes perfect. Remember to breathe and take your time before answering.

In order to effectively manage a crisis situation with the media, you have to be equipped to handle the interview. Here are a few points to remember:

Tip 6: Know Who Is On Your Side

The media reports news in swift brush strokes rather than in-depth and in detail. For negative news, the story line often follows the ‘heroes, villains and victims’ pattern. This leaves the media in what some people see as the rather dubious role of watchdogs or champions. In a tussle between any kind of bureaucracy and the public, the news media – especially the popular media – will take up the cudgels on the public’s behalf.

Last But Not Least

Even though there are many more aspects to cover in order to effectively prepare for a tough media interview, understanding the news media will help you handle the barrage of challenges they throw at you.

Knowing how to effectively leverage the media may provide you with an enormous opportunity to get your message across to the right audience – and if you don’t recognise and exploit the situation – your rivals probably will.